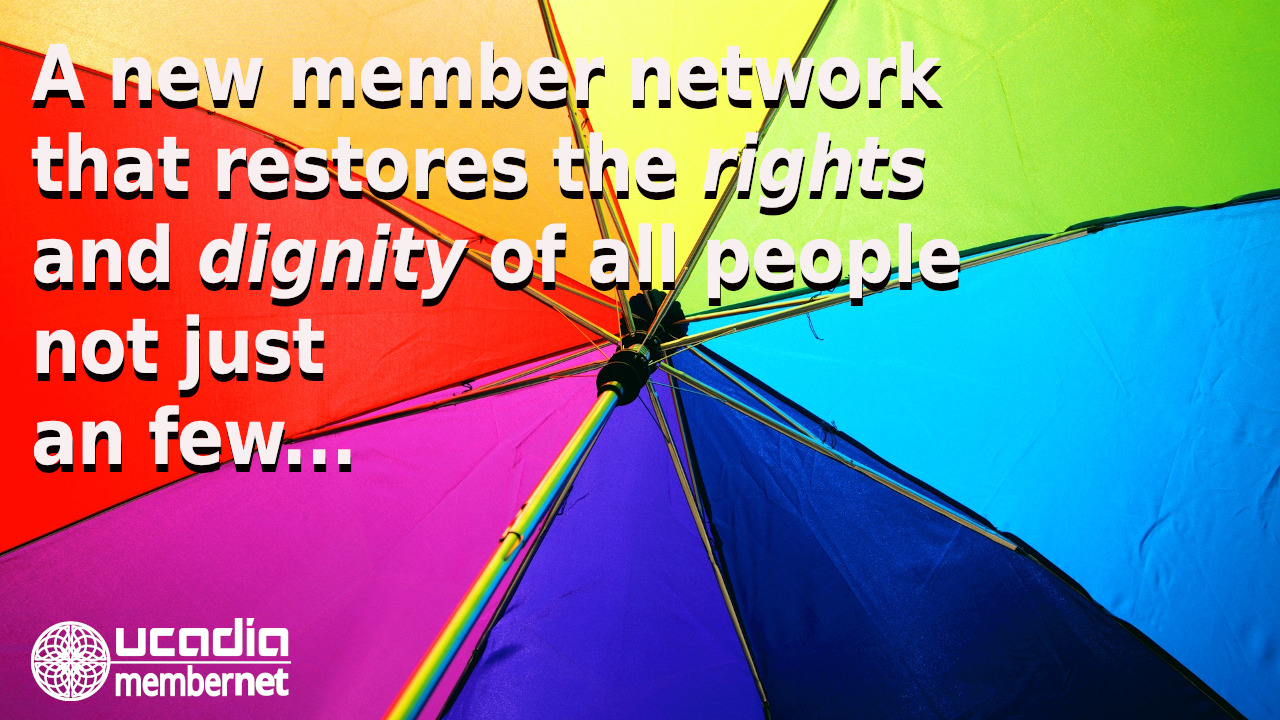 The success and future of Ucadia depends upon people who are willing to freely associate and support the Ucadia model and systems.

Freedom of association is one of the most fundamental human rights and never a privilege or something to be “controlled”. A simple test of the current society where you live is whether you are able to freely associate with people that share similar positive ideas, interests and views? Notice, we say “positive”, because there is some debate over whether people are allowed to associate and congregate around “negative” ideas – the problem being the potential weaponisation of such moral filtering.

In any event, Ucadia is founded on non-racial, non-gender bias and non-political principles that respect the rights of all people, regardless of ethnicity, gender, culture, religion, sexuality or age. Thus, a truly free and democratic non-Ucadian society will be perfectly fine in permitting Freedom of Association for those who wish to be members of Ucadia. Whereas, a totalitarian or oppressive non-Ucadian regime and its agencies may not.

Voluntary Rejection of Slavery and Oppression

The single most powerful symbol of being a Member of Ucadia is as a sign of intention and choice to reject all forms and systems of involuntary servitude (slavery) and oppression.

Many non-Ucadian societies claim to be free and democratic, but in practice are both totalitarian and oppressive. This is clearly born out by the way the laws of such societies and their agencies operate. Involuntary servitude when coupled with claims of ownership and copyright are by definition the very hallmarks and meaning of slavery – a concept banned, illegal and unlawful by all norms of international law. Some of these same societies that cloak totalitarian and oppressive systems under the mantle of “democracy” and “freedom” sometimes argue around the question of involuntary servitude through artificial and illogical notions of perpetual national emergencies, trading with the enemy and criminalising their own population. Thus, if everyone is technically “breaking the law”, the argument of involuntary servitude may be argued as irrelevant.

Ucadia rejects such corrupt and wicked thinking and arguments as unsustainable and grossly morally repugnant. In other words, such laws and regulations themselves cannot be law, as nothing wicked or morally repugnant can ever by definition be argued as “law”. Instead, Ucadia exists to help Members through the difficult and challenging times of change, transition and learning, where non-Ucadian societies are facing their past and looking for ways forward.